Sedgwick Aqueduct was built in 1818 by William Crosley, following original designs by John Rennie to carry the elevated section of the Lancaster Kendal canal over the Sedgwick to Natland Road. It is a unusual example of a skewed bridge  - most canal bridges were at right angles to the road that they cross, to simplify design and minimise materials used. A skew bridge avoids the need to put a bend in the road and was state of the art bridge building at the time - to avoid weakness across the bridge a winding course of stones was used, which at the same time created  the smallest span
It is a Grade II listed Building and described by the National Heritage List for England as: Squared coursed limestone with limestone ashlar dressings, limestone string and copings to parapet. Tunnel over roadway, at angle to direction of Canal, has segmental arched opening with rusticated voussoirs and keystone, flanked by rusticated tapering pilasters curved in section. Blank panel probably intended for inscription above. Massive curved retaining walls with flight of stone steps behind that to North West. Scheduled Ancient Monument.

The canal fell into District Council ownership in the 1960s and became derilict. They planned to demolish the aqueduct to improve the road between Natland and Levens, but it was saved after a campaign by local residents and canal enthusiasts. 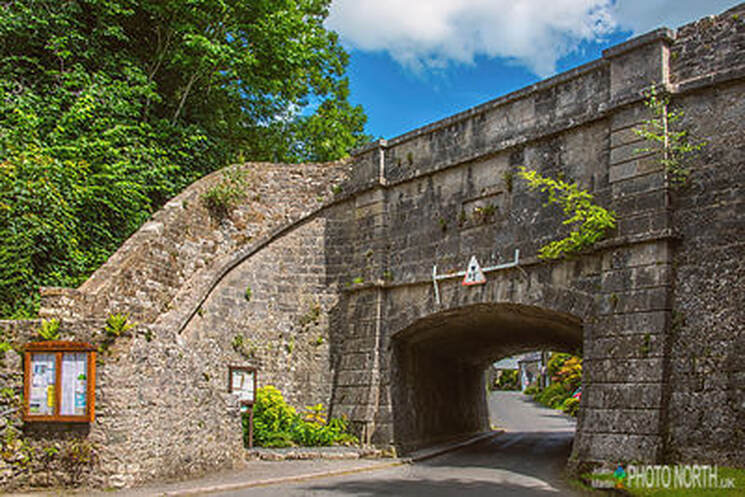