A Brief History of Sedgwick (for a detailed history click here)

Sedgwick is a long established and picturesque village situated 4 miles south of Kendal in the South Lakeland district of Cumbria. It is bordered on the west by the river Kent which flows through a gorge and down a series of waterfalls (Force Falls) cut  during the ice age when the Irish Sea froze, lowering sea levels and causing rivers to cut back along their original beds.

It was a fording place on the River Kent on the route from Ribchester in Lancashire, to Carlisle via the Roman Fort at Watercrook.

The village was possibly occupied by 7th & 9th century Anglian and Scandinavian settlers, the name Sedgwick perhaps derived from the Norse Sigg(e) meaning dairy farm. It is in the ecclesiastical parish of Crosscrake. Crosscrake Church, originally founded in 1190.

The settlement continued as a group of scattered farms which were detailed in the hearth tax.and gradually increased in size until in 1764, a Kendal businessmand called  John Wakefield bought land and buildings to develop his gunpowder works and create a family home at the Old Sedgwick House which was located nearer the river than the current one..

The first gunpowder works used an existing corn mill on the east bank of the River Kent then as demand increased a second mill was opened in 1790 at Basinghyll below Force Bridge. The Company transferred some 3 miles to Gatebeck in 1852 although Basinghyll continued as an incorporating mill in conjunction with Gatebeck until 1935. A separate Company, latterly The New Sedgwick Gunpowder Works, opened in 1857 on the west side of the river. This also produced gunpowder until 1935. The land is now owned by the National Trust and is used as a caravan park. There is some fantastic research published by English Heritage about both the Old Sedgwick Gunpowder Works and New Sedgwick Gunpowder Works.

The village was bisected by the Lancaster Canal, built in 1819 as part of a 75 mile stretch linking Kendal with Preston. It was designed by John Rennie and after intervention by the Wakefiled family was re routed through the village to serve the gunpowder works. The aqueduct, built by John Fletcher, engineer, is a scheduled ancient monument. The main West Coast Railway line was built just to the east of the village and there was a Request stop at Sedgwick Halt just opposite Railway Cottages on the Crosscrake Road.

A descendent of John Wakefield, William Henry Wakefieldbuilt the new Sedgwick House, in 1869 and demoloished the old one. This was designed in Gothic style by Paley & Austin of Lancaster and is now a listed building. The whole village was very much part of the Wakefield estate, cottages being provided for their employees. Wellheads was the Home Farm, Carex Farm the Dairy Farm, Sedgwick Cottage the Estate Manager's office, Overslade the Laundry and the buildings at Wakelyn the Mews and exercise yard. The school, reading room and village hall were also provided by the Wakefield family. The old ice house can still be seen in fields on the east side of the canal.

Although controlled so tightly by the Wakefield family, some aspects of village life flourished. There was a thriving Cricket Club and Bowling Green and Quoits was a popular game, played on the corner opposit the Post Office.  Dances were held weekly and the village enjoyed a wide variety of musical activities. Mary Wakefield started her famous music festival with the first competitions taking place in the grounds of Sedgwick House in 1885. The Club Roon - now the village Hall was built for musical performances. The festival continues to be held biennially in Kendal.

The family left Sedgwick House just before the Second World War when it was commandeered by the national Fire Service. The house was used as a Special School owned by Lancashire County Council. This closed in 1987 and the building was sold for conversion into flats. The grounds of the house contain many fine specimen trees subject to the Tree Preservation Orders and a beautifully situated cricket ground.

The canal declined as rail and then road transport grew and it closed to commercial traffic in 1947 and was gradually drained of water. The district council had a depot in the old Sedgwick House Estate.

From the 1970's housing developers increased the size of the village at Hill Close, Castle View, Orchard Close, Walled Garden and Wakefield Meadow.

In 1980, the Parish Council bought the section of disused canal just east of the aqueduct which had been used as a refuse tip by the district council and residents lovingly restored it and transformed it into a nature conservation area.

The Millennium Field, adjacent to the village hall was also bought by the Parish and developed as a children's playground and adult outdoor gym.

Sedgwick has a thriving community with numerous societies and regular social events. Sedgwick Cricket Club plays in the Westmorland League and the Sedgwick Scarecrow Festival became a popular attraction in the1990s.


Based on document by Paul Cheesbrough September 2010
If you are interested in finding out more about the history of the wider area, you may find the following links useful:
a detailed history of sedgwick
Disclaimer : any views or opinions expressed on these websites do not necessarily reflect the views and opinions of Sedgwick Parish Council

Do you have any old images of Sedgwick in days gone by?
If so we would love to add to our collection- please send them to us via the upload window on our contact form 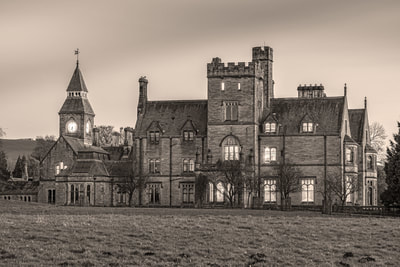 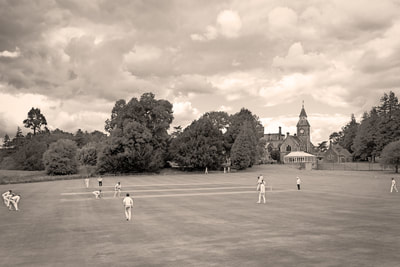 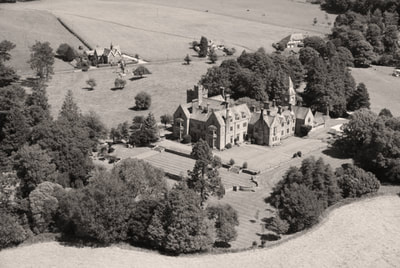